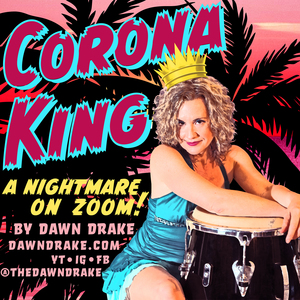 Originally from the Appalachian Trail in Virginia, Dawn Drake is an active musician in NYC’s eclectic music scene. She is a percussionist, bass player, singer and composer/songwriter who leads the band ZapOte, a “Tropical Pop and Salsa Funk” ensemble which breaks down cultural barriers by incorporating everything from Cuban Timba, American Funk and Brazilian Samba into a soul-shaking mix with her original lyrics that focus on love, empathy, environmental, economic, racial, gender and social justice themes and above all: unity.

She studied percussion first in Ghana, then went on to pursue Afro-Cuban batá and conga drumming in Cuba and in NYC, as well as samba percussion in Brazil. She holds a Masters degree in Ethnomusicology and an MFA in Composition and Performance from California Institute of the Arts.  Currently, in addition to directing her band ZapOte, she also plays bass and congas with artists from around the globe. She is a Professor of Caribbean Music at John Jay College as well as a teaching artist and performer for the US Embassy, NYC public schools and Brooklyn Arts Council focusing on programs that celebrate diversity, global rhythm, youth and women’s empowerment through music.

Dawn Drake has performed at The Kimmel Center in Philadelphia, the Frauenstimmen Festival in Switzerland, The Belize International Jazz Festival, a US Embassy sponsored Arts Envoy tour in Belize, the Brooklyn Academy of Music’s Concert Series, HONK NYC Concert Series and many others.  Her latest album called Nightshade was released on November 1st, 2019 and was considered for a GRAMMY nomination in the category of Best Global Music Album.

Dawn Drake performed at  “Art, Culture and Transforming Conflict” sponsored by the US State Department in Santa Fe, New Mexico at the end of 2019 and in 2020, Dawn kept very busy with online shows and outdoor music festivals. She also spearheaded the pandemic “Black Lives Matter Prospect Heights Community Jam” in Brooklyn.  She has just finished a new single and video entitled "Corona King” which is premiering to select audiences that chronicles a failed pandemic romance.

“Corona King” by Dawn Drake (Feb 12, 2021 on PMX Records) chronicles a pandemic romance that is already barely hanging by a thread on Zoom. The relationship finally succumbs to a lack of actual human connection that many of us have experienced in 2020.

Imagine if your computer screen is actually a bad dream come true? Many singles in lockdown all over the world went for months without actually being in the presence of other human beings. Social media and video chats have...